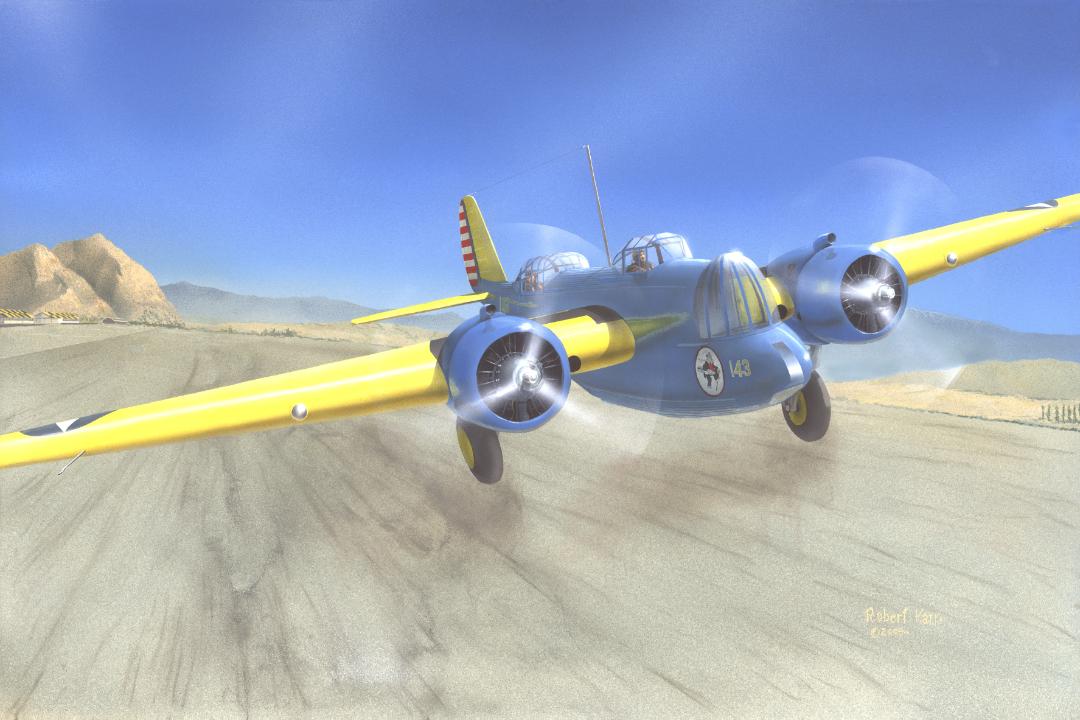 Original Painting
Acrylic Airbrush Painting on Hardboard
16″ x 24″
The Martin B-10 was an aviation marvel when it first flew in 1932. In an age of fabric covered, wire-braced, open cockpit biplanes, the B-10 set the pace for decades to come with its metal structure, single cantilever wing, enclosed bomb bay and canopy-enclosed cockpits. Yet by 1940 it was woefully obsolete – such was the advance of aircraft design spurred on by WW II. Yet for a few golden years, it WAS American airpower.
This painting was commissioned by Williams Brothers Model Products for the box top of their model 1/72 scale kit. It shows a B-12A, one of the many variations of the basic B-10 design. This airplane served in the 11th Bomb Squadron of the 7th Bomb Group out of March Field, California in 1937.
Contact Robert at KarrArt@aol.com
$2,200.-