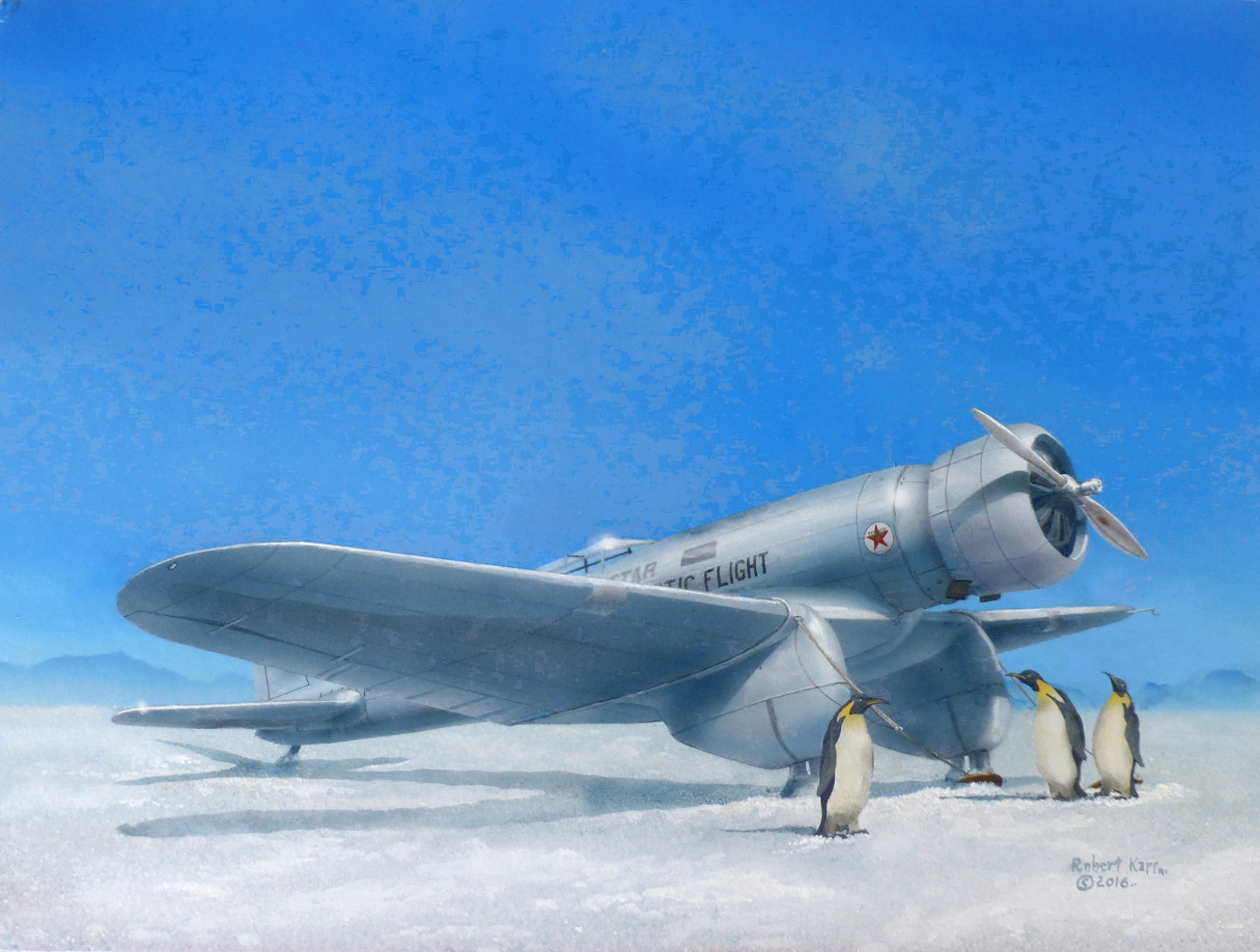 Original Painting
12″x16″
Airbrush acrylic on hardboard
The Northrop Gamma was a modern all metal beauty from the early 1930s and was a favorite of explorers. The one seen here adventured all around Antarctica and in December 1935 in an attempt to cross the continent ran out of gas 25 miles from the goal. The crew hiked back to civilization and the airplane was later recovered. This painting was used for the box top art on the Williams Brothers 1/72 scale kit and I imagined that maybe while the Gamma was sitting there waiting some curious penguins decided to investigate!
Contact Robert at KarrArt@aol.com
$??(Let’s Talk!)