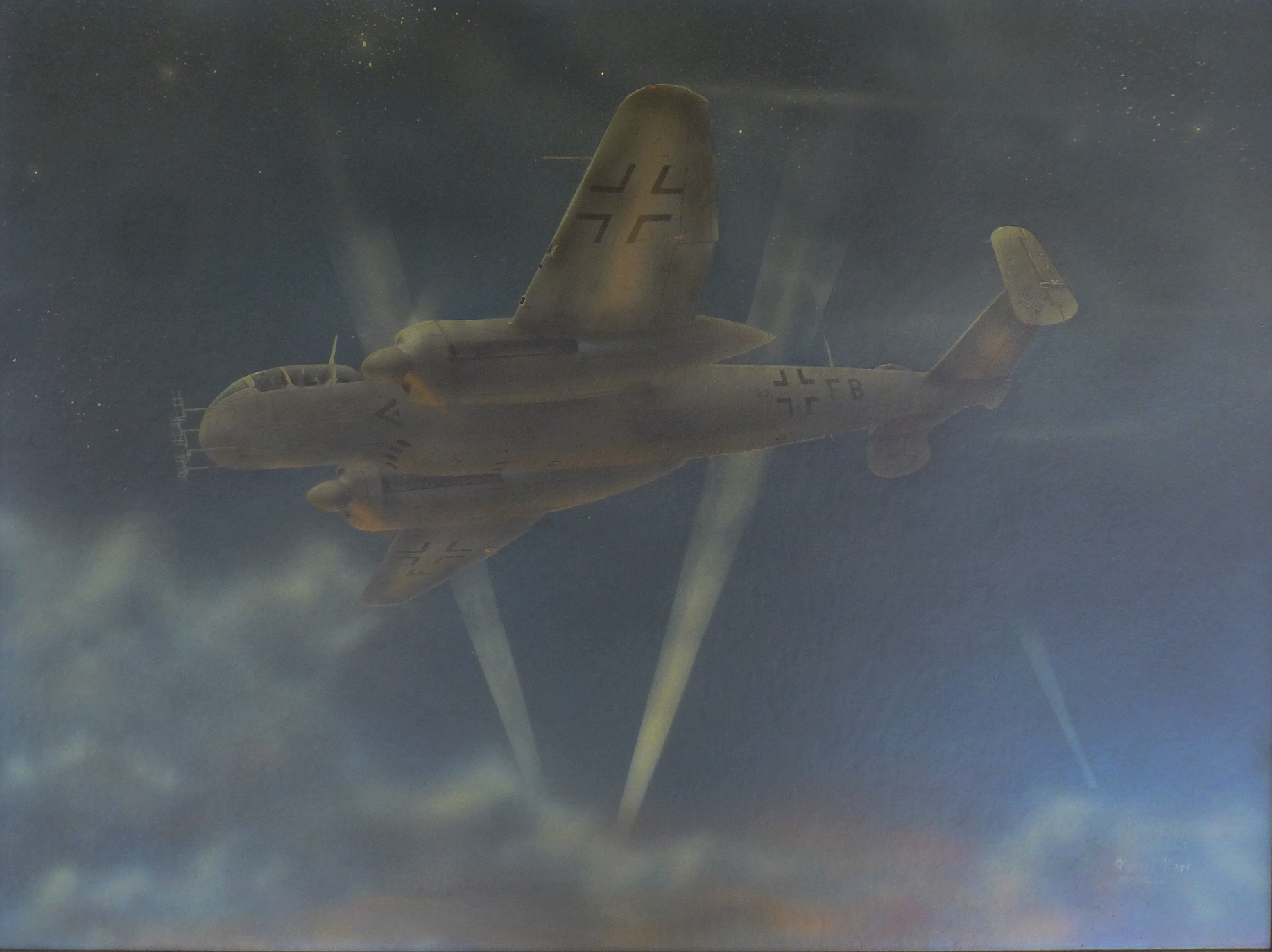 Original Painting
18″x24″
Acrylic Painting On Illustration Board
Though only around 300 HE 219s were produced, it proved itself one of the best nightfighters of WW II. During the type’s very first combat on the night of June 11/12 1943 pilot Werner Streib and his radar operator Helmut Fischer took down five British bombers, a spectacular debut – and ending in a spectacular crash when limited visibility and mechanical issues caused the airplane to bust up on landing, though both Streib and Fischer walked away with minor scratches. The painting depicts this 219.
Contact Robert at KarrArt@aol.com
$900.-