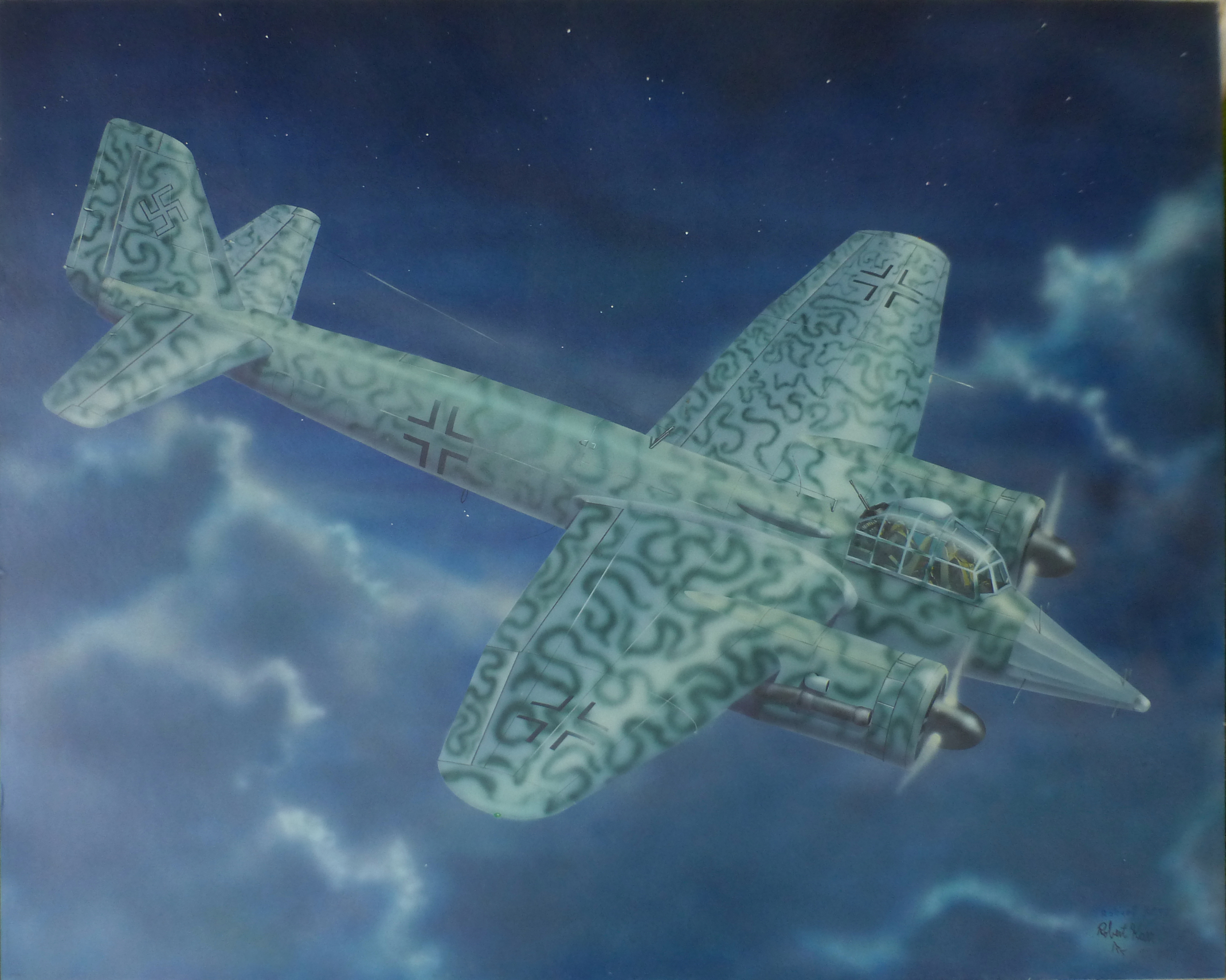 Original Painting
24″x30″
Oil Enamel & Acrylic Painting On Hardboard
This is a very late WW II German nightfighter. Like most nightfighters on all sides in the last half of the war it was equipped with radar but what makes this one interesting is the way the radar aerials are partially covered for better streamlining. The odd nose is just a few wooden stringers covered with fabric – just like a WW I airplane! But, it did the job. The Ju 88 family of nightfighters was among the more numerous of the Luftwaffe and the series was continually developed but this one, while rare, was a standout because of that odd snout.
Contact Robert at KarrArt@aol.com
$1,400.-