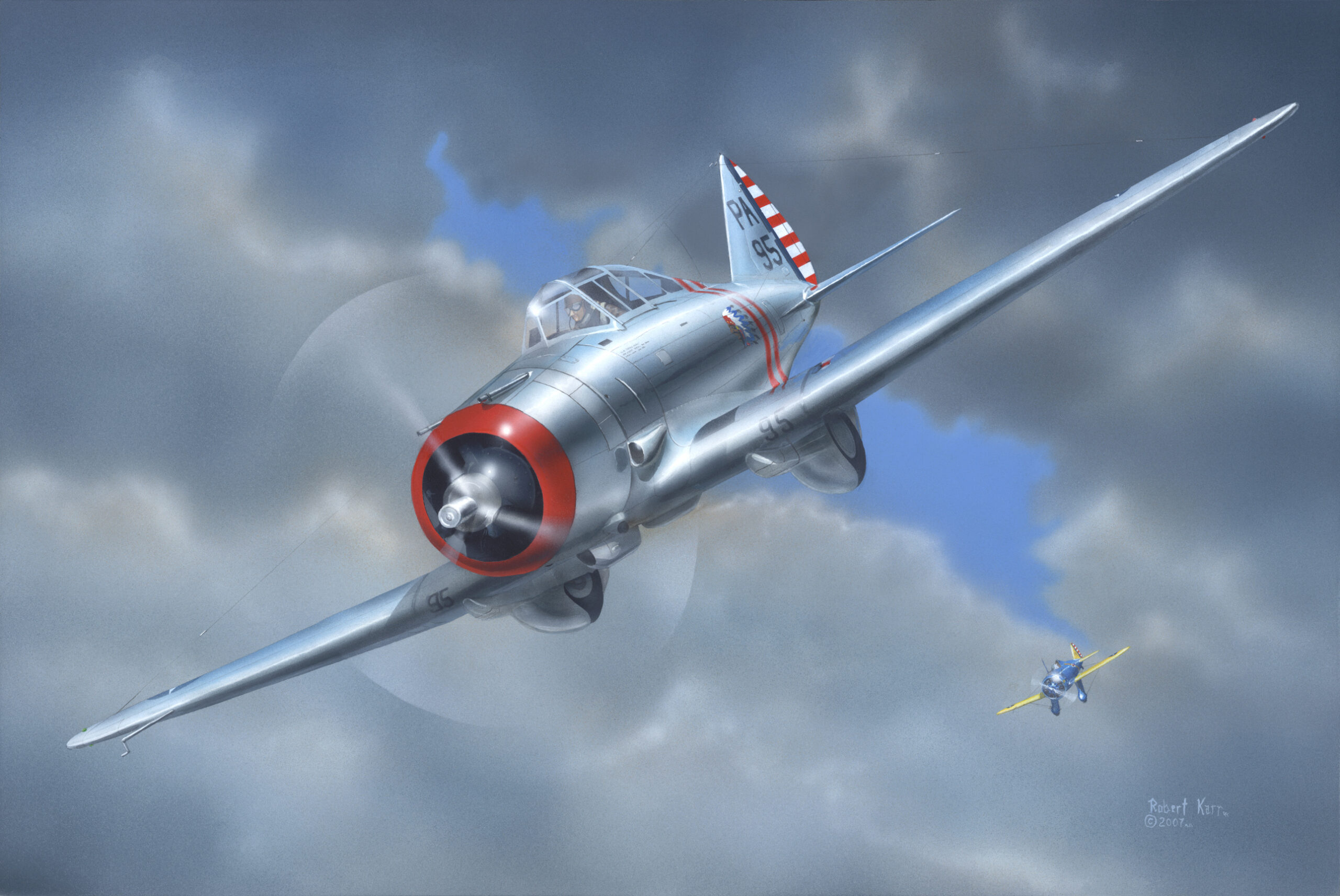 Original Painting
16″ x 24″
Acrylic Airbrush Painting on Hardboard
The Seversky P-35 was a bridge between the old airplanes of the 1920’s and early 30’s and the coming WW II era. Among the first American low wing, all metal monoplane fighters with a fully enclosed canopy and multiple guns, it was several steps beyond of anything that came before it in the mid-30’s, yet not quite up to world standards by the time WW II erupted just a few years later. It’s main contribution was that it was a direct developmental forefather of the famous WW II Republic P-47 Thunderbolt. As seen here, it’s shown pulling out, up, and ahead of its immediate predecessor, the Boeing P-26 Peashooter. This painting was commissioned by Williams Brothers Model Products for the box top of their model 1/32 scale kit.
Contact Robert at KarrArt@aol.com
$2,000.-